Zenith: The Last City Alpha Impressions – Hands On With The VR MMORPG – MMORPG.com

Kevin Chick Posted: May 26, 2021 9:00 AM
Category: Previews 0
RamenVR has an ambitious project on its hands with Zenith: The Last City. This VR MMORPG has a lot of potential, and I am excited to see where the team goes with development as the various test phases move forward. One of the reasons I am excited, from what I have seen lately, several VR projects in development have been open and willing to try new ideas compared to PC. It feels like developers are getting a chance to play and experiment to see what works in the medium, which is refreshing.
Zenith currently has that experimental feel to it. The basic game loop of picking up quests from the NPCs to kill X enemies is in place, and the basic combat mechanics feel solid. When you accept quests, large banners appear in the sky over the general area where quest objectives are. Outside of these systems, there is a lot of the game that is still incomplete. But I still had a whole lot of fun. 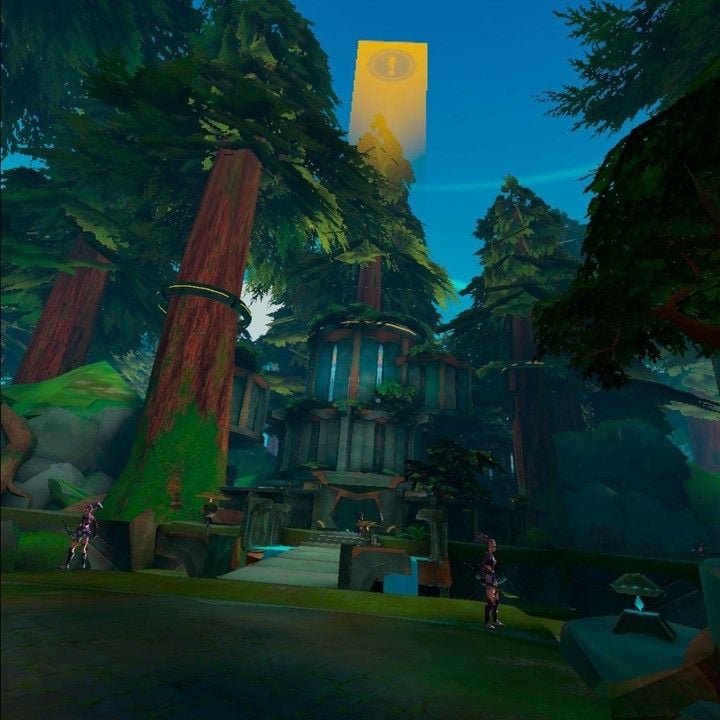 The graphics are stylized. Even in its unoptimized state, enemies were interesting to look at and, at times, rather imposing in VR. The environment itself was sparse but functional. Other players told me that the visuals were better on PCVR, but I was using a Quest 2 and wasn't willing to give up playing wirelessly. 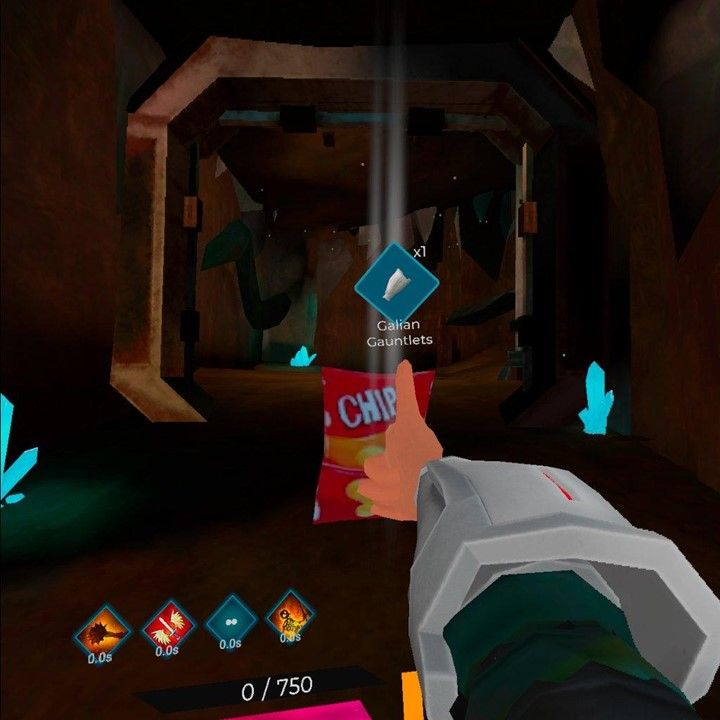 You could tell that there were several placeholders since ranged mobs were throwing pineapples, and dropped loot appeared as bags of chips. There was no grey boxing in the areas that I explored, and while there were a few areas that had issues like a chest stuck in the wall, clipping through an object/wall, or falling through the world in the case of certain bridges, these were few and far between.
Music was pleasant and fit well in the world I was exploring. It also swapped reliably from exploration to combat tracks. Combat sound effects also helped with the JRPG feel. Slashing away with my Blade Master reminded me of playing some of the original Final Fantasy games and the sounds your character made as they leap forward to attack an enemy. Using spells in combat also had that same feel/sound, whether I was dropping an ice AOE as a healer or lightning AOE as DPS.
As mentioned earlier, basic combat was in place, and it felt good. Zenith has two classes currently. The Blade Master is your duel-wielding Tank/DPS and can give players a good workout by moving your controllers to block and swing. I found that figuring out where to block attacks for each type of enemy was a fun element. The hounds in the Amarite Forest took a bit to work out how low my blade needed to be for a successful block. In other situations, I needed to dodge out of the way using the Blade Master dash ability when an attack could not be blocked or was an AOE.